Menu
Book LASIK Consultation
Back to all

First Meetings: Get To Know Your Las Vegas Ophthalmologist Team 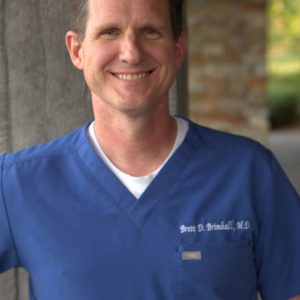 Trusting Brimhall Eye Center to meet all your ophthalmology needs means working with experts who make individualized care a top priority, as each doctor relies on a “fewer patients, more time” approach that ensures enough time and energy to concentrate on each person they see. Brimhall Eye’s patient-centered environment results in happier clientele. So it’s no surprise this practice has been ranked Las Vegas’s number-one eye surgery clinic for three years running.

Super service starts with a dedicated team, which is precisely what Brimhall Eye Center has. Each team member was trained at one of the finest institutions, has plenty of experience, and prides themselves on finding cutting-edge treatments for their patients that are safe and effective.

Board-certified and award-winning physician and eye surgeon Dr. Brett D. Brimhall is a 1994 graduate of Brigham Young University. After earning majors in Chinese and biology and a minor in chemistry, he attended medical school at the Uniformed Services University of the Health Science and graduated at the top of his class.

Dr. Brimhall’s professional career began as a flight surgeon. He practiced general medical care and flew F-16 fighter jets for two years before being accepted to Wilford Hall Medical Center, one of the top eye surgery programs in the nation. Dr. Brimhall was one of the program’s standout students, earning several prestigious awards and accolades, being named chief resident, and graduating with the highest credentials in 2005.

In addition to being highly skilled at his job — he won first place in the ACES Bloomberg Cataract Competition and is regularly asked to perform surgeries for Air Force VIPs, including a former U.S. Surgeon General — Dr. Brimhall boasts a reputation for being kind and compassionate. He believes integrity is the standard, and patients are the priority.

U.S. Army veteran Dr. Jordan Thomson is passionate about improving his patients’ lives through vision enhancement. This dedication can be seen through his completion of more than 10,000 refractive eye surgeries.

The award-winning ophthalmologist completed his undergraduate studies at Utah Valley University in 2006 before attending medical school at the Virginia College of Osteopathic Medicine. He completed his residency training at the Walter Reed National Military Medical Center and Harvard University’s Lancaster Course in Ophthalmology.

Upon completing his residency, Dr. Thomson began work at the Darnall Army Medical Center in Fort Hood and became Chief of Ophthalmology and Refractive Surgery. He led one of the busiest military LASIK centers while simultaneously providing comprehensive eye care for active soldiers and their families. During this time, Dr. Thomson was awarded the Army Achievement and Army Commendation medals.

Before Dr. David S. Harsini escaped the harsh winters of his home in the Great Lakes State and headed to Las Vegas, he earned an undergraduate degree in microbiology from Michigan State. He began work as an ophthalmology technician at Kalamazoo Ophthalmology. He says he developed his passion for and interest in eyes there.

After meeting with one of the Brimhall Eye Center doctors, one of the office’s counselors — Andrew, Lolita, and Char — can sit down with you to walk through the doctor’s recommendations and choose the best course of treatment for you.

Almost 4 million cataract surgeries are performed in the United States annually, many of them at Brimhall Eye Center. Cataracts occur when the lenses of the eye start to get cloudy. If left untreated, they can result in total blindness. Fortunately, Brimhall’s cataract services are the cream of the crop, ranking in the country’s top one percent.

While both of these surgeries ultimately lead to the same goal — vision correction — each has pros and cons. The qualified professionals at Brimhall Eye can help you determine which treatment plan is best for you and your needs.

Did you know that glaucoma is the leading cause of blindness in U.S. residents over 60? Glaucoma is a condition that damages the optic nerve, preventing it from transmitting images to the brain. Though the cause of glaucoma is still a mystery, experts have determined that early detection is the key to the most effective treatment. This is why Brimhall Eye Center offers glaucoma screenings in hopes of catching the condition early and tools like eye drops and SLT (Selective Laser Trabeculoplasty) to treat it once it’s been found.

People with diabetes must make time for regular visits to the eye doctor, as low blood sugar can damage blood vessels and ultimately impair the eye. Diabetics are at a higher risk for glaucoma, cataracts, double vision, and diabetic retinopathy. However, treatments involving injections, lasers, or a vitrectomy surgery have proven successful at slowing the progression of diabetes-related eye disease.

The conditions mentioned above aren’t the only things the trained professionals at this Las Vegas ophthalmologist office can treat. Other services Brimhall Eye Center doctors perform include:

Brimhall Eye Center reviews are glowing, with the team lauded for their “professional, state-of-the-art protocols and compassionate care.” You can rest assured that your eyes are in good hands.

How to make an appointment

Part of Brimhall Eye Center’s patient-centric approach means making scheduling appointments easy and painless. To set up your meeting with a team member, fill out the contact form on the office’s website, call (702) 780-6467, or email bec@brimhalleyecenter.com/. Brimhall is determined to provide excellent customer service, so the staff will make every effort to get you on the books and answer any questions you may have. Don’t forget to fill out your new patient forms online if you’re starting with us. This is yet another tool intended to make your experience as smooth as possible as it streamlines the patient intake process. If you’re suffering from blurry vision and headaches, it’s important to pinpoint the potential cause. Read this self-checklist. 5 Post-COVID Eye Problems To Be Aware Of

While much remains unknown about COVID-19, what we do know is that it can affect any organ in the body. If you are concerned about cloudy vision, it is important to seek medical attention right away.
Whether your cloudy eyes are caused by an underlying health condition or from a temporary issue, our team at Brimhall Eye Center can help.